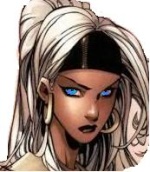 turtles have been known throughout media to be one of the wisest creatures. and it's not uncommon for them to possess knowledge or hold something on their back similar to what the lion turtle had that most are unaware of.

the neverending story had the turtle that told Atreyu information regarding the childlike empress (which my friend informed me, her new name was Moon Child)

the turtle in the king of thieves had the island like place on its back along with the golden claw.

and im sure there's more examples but those two stick out the most to me.....if i have more, ill put it up. the point is, it isn't unusual for a wise creature like a turtle to give the hero information to help them or to have huge islands on their backs ^_^. it's quite common (i mean Disney does so unoriginal things so you know there's got to be more turtles with islands on their backs =P)

You're forgetting the Ninja Turtles.

Page 1 of 1
Permissions in this forum:
You cannot reply to topics in this forum
Latest topics
» Lavos Los Manos!
by Misanthrope Sun Mar 22, 2020 5:25 pm